Our trustees come from diverse backgrounds and provide us with outstanding strategic guidance.

I have first-hand experience of the amazing work done by Villiers Park, having been a Future Leader (née Scholar) myself. My most memorable experience was the residential, which cemented my desire to study law at university. I bring a different perspective to the board as a person who has gone through the Villiers Park experience and I advocate for voices of young people, being a fresh graduate myself.

I studied Law at the University of Southampton, having a keen interest in public law and public policy in general. I currently volunteer for Cancer Research and I am an aspiring lawyer. I believe that education is important, but more importantly I believe everyone should have the equal opportunity to choose their own future.

I love baking and reading. My favourite author as a child was Jacqueline Wilson. Currently, I am learning to knit a hat as I’m tired of knitting squares! 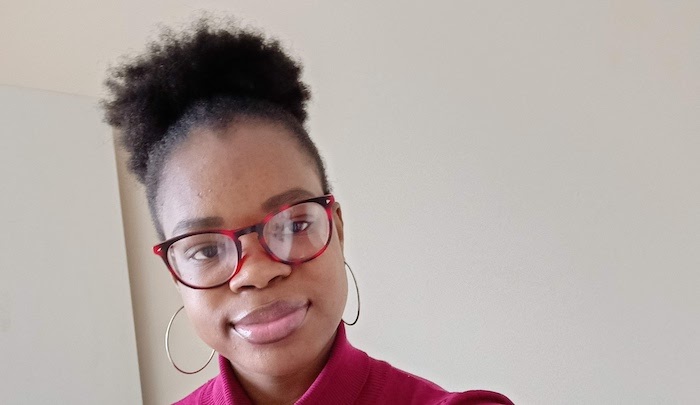 John is an independent strategic adviser and commentator on public policy, public services, the voluntary and community sector working with organisations from the public, business, voluntary and community and trade union sectors as well as think tanks and academic institutions. He regularly advises, writes and speaks on these and related subjects including governance and leadership in the UK and internationally.

John is currently a trustee and non-executive director of a number of charities and social businesses. As well as Villiers, he chairs Action Space, an arts charity for people with learning disabilities in London, and b-side CIC, which is a community arts organisation in Dorset.
John has been a senior executive in the charity and corporate sectors, and is a former county councillor and leader, and has held other NED roles in the public sector. John has chaired a number of school governing bodies.
He has been an evaluator for the European Public Services Awards in 2013, 2015 and 2017.
He is an economic and mathematics graduate of the London School of Economics; and has been an Honorary Senior Fellow at the University of Birmingham and a Visiting Fellow at London South Bank and Kingston Universities. He is a Fellow of the RSA.
You can read more by visiting John Tizard's website. 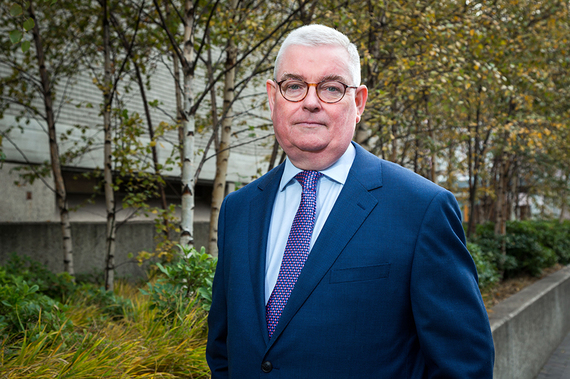 Adrian is the chief executive officer at the Diocese of Ely Multi-Academy Trust, which is responsible for 39 primary schools across Norfolk, Cambridgeshire, Suffolk and Peterborough.

Adrian first became involved with Villiers Park Educational Trust when he was the headteacher at Thetford Academy through the participation of a number of his pupils in the programmes offered by Villiers Park.

Throughout his career Adrian has always worked in areas of socio-economic need and has worked to reduce disadvantage through the provision of a high quality education. 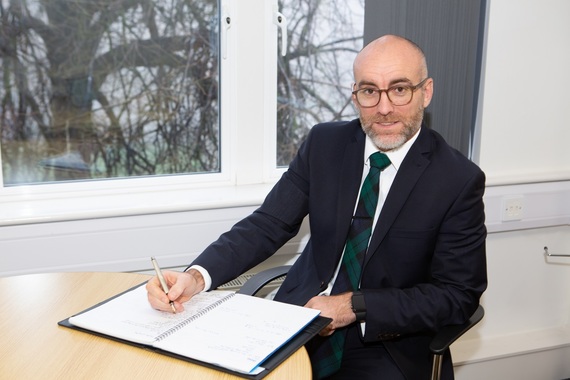 Professor Sir Les Ebdon, who received a knighthood in the Queen's Birthday Honours List for 'his services to higher education and social mobility', is the former Director of the Office for Fair Access. He stepped down from the role ahead of its merger with the Higher Education Funding Council for England into the Office for Students.

During his tenure, Sir Les had a major impact on encouraging universities to think more carefully about their role in fostering widening participation from under-represented groups  - and his achievements have been considerable. Universities now spend more than £800million of their fee income on boosting the number of students from a disadvantaged background embarking on a degree and the participation of these students has been steadily increasing during his time in post.
An award-winning analytical chemist by training, Sir Les secured his PhD from Imperial College in 1971 and went on to lecture at universities including Sheffield City Polytechnic (now Sheffield Hallam University) and Plymouth University, where he rose to deputy vice-chancellor ahead of his move to the newly formed University of Bedfordshire in 2006. He was appointed CBE for his services to higher education in 2008. He is currently the chair of council of University Centre Peterborough, and a governor of the University of East London, Spurgeon’s College and the Inspire Education Group. 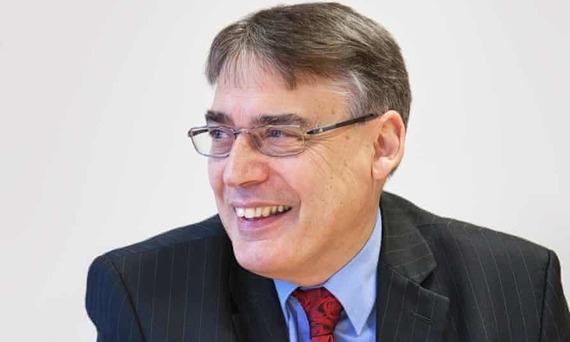 Gwyneth began her career in 1997 as a class teacher, rising through the ranks to become a local authority consultant, Her Majesty’s Inspector and headteacher.

Throughout her career, she has ensured that she sought and received training and development that was specifically focused on leading schools in challenging circumstances. As well as working largely in her home town of south London, she has also benefited from working in Hertfordshire, Kent and Bedfordshire.

Gwyneth has a breadth of experience in both mainstream and alternative provision and an unstinting passion to empower pupils through academic achievement. 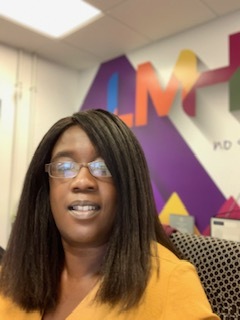 Professor Christina Hughes has extensive experience of social mobility, student achievement and higher education through her work at Warwick, Sheffield Hallam and Kent universities, where she has held senior leadership roles.

A sociologist by training, with 16 books published and £1.6m secured in external grant funding, her research focuses on gender and equity.  She has been a trustee of the Royal Society of Arts (Academies) and is a governor at Leeds Beckett University.

Christina holds a visiting professorship at the University of Coventry’s Centre for Global Learning, Education and Attainment, and is co-founder and an honorary life member of the Gender and Education Association. She is also an honorary fellow of the Warwick International Higher Education Academy and principal fellow of Advance HE. 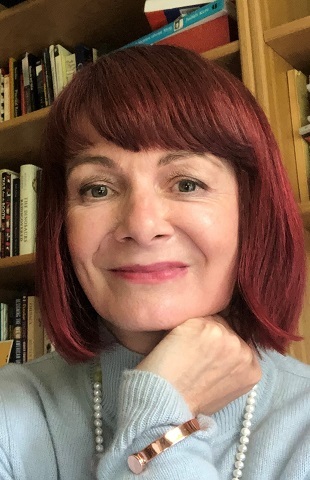 Gordon set up and coordinated the independent Lifelong Learning Commission which last year produced a report and policy recommendations for the Labour Party. Gordon also served as chair of the Associate Parliamentary Skills Group and the All-Party Parliamentary Group for Veterans, and was MP for Blackpool South from 1997 to 2019. Before becoming an MP, he was an Open University tutor and lecturer and editor of the History Today magazine.

Gordon has chaired the History of Parliament Trust for the past four years and helped launch English Heritage in the 1980s. He is also a past chair of the Fabian Society. 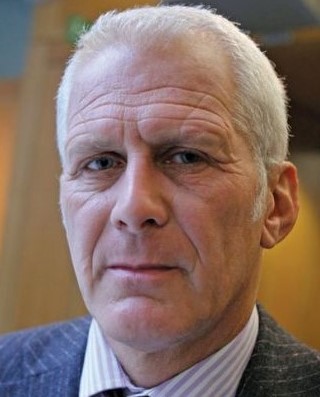 Shakira Martin is head of student experience at Rose Bruford College and founder of The Class of 2020 initiative.

Prior to this, Shakira served as the national president of the National Union of Students (2017-19), representing 7 million young people studying in further and higher education. She was only the second person to hold the post from an FE background, and the first black women to have held the role in the NUS' 96-year history.

Shakira is also a governor of Lambeth College, a trustee of the Centre for Transforming Access and Student Outcomes in Higher Education, and until recently sat on the Office for Students’ Student Panel. She has achieved a level 7 diploma in strategic management and leadership from the Chartered Management Institute, and is studying for an MA at the University of Winchester. 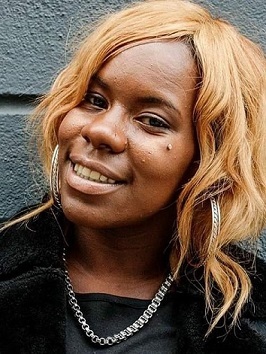 Stephen is a client relationship and business development professional with a career in investment banking, corporate trust and corporate services. He is a former President of The Association of Corporate Trustees.

He has been a director of over 50 companies and has extensive corporate governance experience, and is an experienced mentor, having mentored younger and less experienced colleagues for over 20 years; he is currently a trustee and non executive director of a number of charities including Goldsmiths Students’ Union, and EnhanceAble which provides support services for young people with cerebral palsy and similar disabilities in south west London.

Stephen is a Social Administration graduate of the University of Bristol. 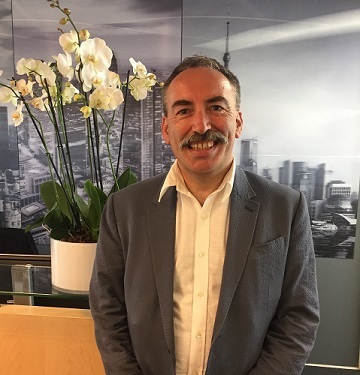 Nick is a management consultant with substantial experience across the civil service and the UK education sector. He advises on the management, organisation, governance and funding of education and training across a wide range of settings.

He was previously a senior manager at the Further Education Funding Council and the Learning and Skills Council. He has also worked as a public affairs professional with the leading university mission group, where Nick led their work on widening participation in higher education. 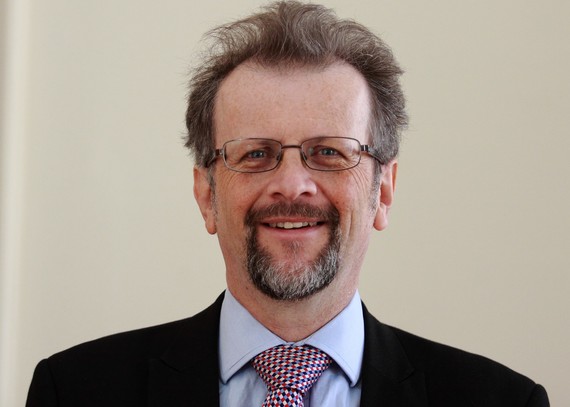 Simon qualified as a Chartered Management Accountant in 2004, and is Chief Finance and Operations Officer for the Arthur Terry Learning Partnership, a multi academy trust and lead for the North Birmingham Teaching School Hub based in the West Midlands.

He has worked in and around schools for over 12 years and led on a range of transformative projects that improve outcomes and efficiency, including the development and implementation of shared services, that helps reinvest back into frontline teaching.

Prior to joining the ATLP, Simon helped support another multi academy trust to achieve its growth aspirations and has held various senior roles across the public and private sector including Children’s Services, Economic Development and Probation Services.

Starting from humble beginnings, Simon is committed to improving all support services that help deliver better outcomes and life chances for all children and young people, but particularly for those from disadvantaged backgrounds. 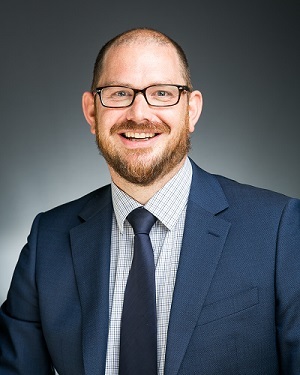